Home » Blog » seo » Those Other Detroits: Web Design, URLs, and the Power of Canon

Those Other Detroits: Web Design, URLs, and the Power of Canon 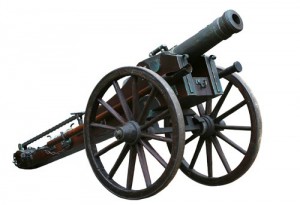 So I was talking with a new friend on the phone a few months ago, and we had a silly moment. I asked him where he grew up, and he said, “Detroit!” I got excited and said “Me, too! Which neighborhood?” He laughed at me and replied, “Detroit, Oregon.” Did I really have this conversation? No, but stick with me here. I’m making a point.

That incident stuck in my head for a time, looking, as it were, for something to connect to. Last night, it struck me: Canon. Not the company, but the idea, in web design, of a ‘canonical’ URL. Calling something ‘Detroit’ when it is clearly not the Detroit that everyone means when they say ‘Detroit’ creates the same kind of confusion for people that URLs without ‘canonicality’ cause for search engines.

Let me review for the less tech-savvy.

When you build a webpage, there are several ways to refer to that webpage, particularly if it’s a homepage.

It’s a web designer’s job to ‘canonize’ one of those URLs and make it the default. If you don’t, it can cause a number of SEO-related problems down the road that can rob your client of traffic. (As an SEO-guy-and-web-designer, I’m particularly sensitive to issues like this.)

Fortunately, the tools to address this problem are relatively simple ISAPI or htaccess can serve up pages that consistently use or disuse the ‘www’ and the final slash. I tend to choose ‘disuse’ for simplicity, Tweetability, and potential print ads. It makes no SEO difference which one you choose, as long as you choose the same one every time.

There is the option of using the rel=canonical meta tag, but Google’s been known to ignore it if a majority of users are linking to a URL that isn’t your rel=’d choice, so it’s a coinflip whether it’ll be useful in the long run. It’s better to use htaccess or ISAPI and get it done right once and for all.

(For the same reason, your server should also be programmed not to serve up URLs that have file extensions on them. They’re unnecessary, more complex to remember, and can make technophobes nervous. Again, there’s no SEO value regardless of whether you have them visible or not, so choose not. )

When you develop and stick with a single canonical URL, you make it easy for later SEO efforts to all target the same exact URL, which can, as you can see above, multiply your SEO efforts by as much as 8 times. That’s nothing to sneeze at — and it’s a darn good reason to hire a web designer who can also be your SEO guy.