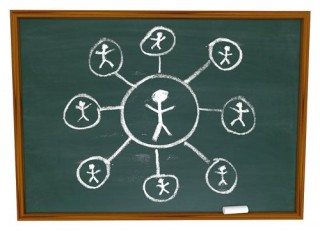 SEO has always been a very ‘guru-oriented’ industry. There just aren’t that many people out there who have the understanding of the game to really make accurate predictions about what is coming down the pipeline. We generally try to pay less attention to predictions and more attention to research that groups like SEOMoz do — but every once in a while, a prediction and a bit of research happen to coincide so strongly that they can’t be ignored.

In this case, the prediction came from Ed Dale, a man who makes his living teaching other people how to use SEO to make money online. A few months back, Ed proclaimed to all who would listen that soon, the only way to really make serious money online would be to take the time and energy to become an authority within an industry (or, more likely, a niche.)

It sounded all dire and ominous, but most people just ignored him because what he was suggesting was work. But, as it turns out, Google likes work. SEOMoz recently proved it by examining the way that new content flows through the search engine.

The First Week: Mentions and Shares
At it turns out, during the first week of any new content’s lifespan, Google gives it some free love, giving it a firm boost in the rankings largely (it seems) to allow other people to find it and see whether or not it’s worth their time. If it is, presumably, they’ll share it with the people that will like it.

As it turns out, over that first week, the boost that Google gives the content drops off quickly — but it’s easily replaced and even further raised by social media mentions. If your content is linked on Facebook, shared on Twitter, pinned on Pinterest, or so forth, it will keep steady or even climb the SERPs

Afterwards: Authority Links
Once the social media system has had an opportunity to judge the quality of your content, Google shifts away from social media as a factor in judgment and moves back toward something that’s familiar to everyone in the SEO world: authoritative backlinks. But, as SEOMoz discovered, there are a couple of new factors in the way that Google values backlinks.

The new rules are all about your anchor text. Anchor text that refers to your product, service, or company name (called a brand signal is given extra weight under the latest algorithm. Anchor text that uses a quote of content you produced (i.e. content that was first discovered on your site) or uses the title of some content you produced (called a match link) also has a greater impact than before.

These new rules are socially-oriented as well. In general, especially on social sites but everywhere else as well, people that are genuinely interested in your content or business don’t link to it using keywords. The only people that link using keywords are SEO people — and Google isn’t terribly interested in what SEO people think. With these changes, they give extra weight to what real people are really saying.

Become An Authority
Of course, getting real people to talk about your product or service means you have to have real people’s attention — and the way to do that is to do something that commands that attention. Be innovative. Say things that shock, entertain, and amuse. Be the voice of your industry. In short, become an authority, just like Ed Dale predicted. It might sound unlikely, but it’s what successful entrepreneurs do every day.