Home » Blog » Web Content » Invalid Clicks on Your Adwords Campaigns: What You Should Know

Invalid Clicks on Your Adwords Campaigns: What You Should Know 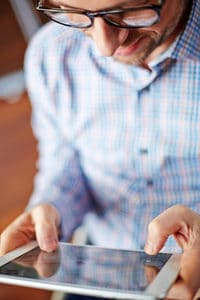 Invalid clicks can be detrimental to any marketing professional in respect to loss of money or opportunity. If you are thinking of—or are currently running—a campaign with Google AdWords, here are some things you need to know to stop this deceptive, yet all too common, online practice.

AdWords is the gold standard for PPC advertising on the Internet. In 2016, 90% of Google’s $89.5 billion dollar revenue came from online ads, so the search engine giant is well on top of click fraud. But it is also necessary for you to pay attention when it comes to creating an AdWords campaign.

What Constitutes An Invalid Click
Fraudulent clicks take on various forms. Some that Google considers to be invalid include manual clicks meant to inflate an advertiser’s costs, clicks created by automation (i.e., tool, robots or any other deceptive software), and accidental clicks like the second click of a double-click, which has no inherent value.

How To Monitor Invalid Clicks Yourself
If you don’t pay attention to potentially invalid clicks, you may find your metrics skewered in a way that leaves how, what, and where you choose to advertise in question, and it’s simple to stay one step ahead of the problem. Do you have a strategy in place as to where your ads appear or a budget for daily clicks and keyword bidding? If you don’t, now is a good time to put things in place. Monitoring traffic with Google Analytics will help discern where your clicks are coming from, and if there is anything unusual happening that you should be aware of. Do let common sense prevail—if a site looks deceptive or otherwise low quality, you may want to think twice about advertising on it. Also, it is best not to click on your own ads—it will raise a red flag to Google as to questionable activity on your part and they may suspend you altogether.

It’s important to remember, if you find your budget a little tight, it may not necessarily be from click fraud. Have you set it high enough for the amount of traffic you normally get? Trending news stories and the time of day can also have an effect on the clicks your ads receive as well.

Seeking Help From Google
If you suspect click fraud and feel as though you need further help, Google has a real-time filter and detection system in place to monitor questionable activity on your ads and the ability to weed out any clicks it deems invalid before they reach you and hurt your bottom line. The AdWords team looks for click patterns, including duplicates, as well as the time the clicks were made in its fraud investigation. Automatic algorithms also filter clicks to keep you from being charged. (These can be seen in your Google Analytics account.) Between physical and algorithmic filters, Google conducts a thorough investigation. If there is fraud, they do their best to resolve the issue in a short amount of time.