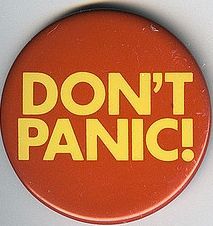 For businesses on Facebook, this is a big update. Depending on what you hear, it’s either the worst update or the best. After I explain what happened, I’m sure you’ll know where I am on that debate. Facebook announced on February 11, 2011 that they were now supporting iFrame’s on fan pages. So, great, Apple has come out with a new advanced version of the frame? No, iFrames are a way to display a different site within your site using a frame. While frames are generally frowned upon as good standards of web design, they are being used quite frequently as a means to easily embed content and functionality. Alright, iFrames are good (which we’ll get to) but in the same post, they stated that on March 11th, 20011, they would be discontinuing the ability to use FBML (Facebook Markup Language).

FBML is going away?

Yes, the ability to add new FBML tabs or add FBML on a new fan page is going away. . Don’t worry, though, on your existing fan pages, you can still edit the tabs. You just can’t create a new fan page and edit it the same way.

What does this change mean?

This is a very good change. Basically Facebook is now saying that they don’t want to mess around with trying to maintain their own HTML language. They’re letting designers create the custom tabs using current design standards (not old standards like FBML had) and they’re letting us use more functionality like JavaScript. This is going to end up meaning richer fan pages that are easier to develop. Remember I said there are people that think this is the worst update?

Why do some people hate this update?

In order to embed another website into the iFrame in Facebook, you have to have the other website hosted somewhere. That means having a mini web page that will fit 520px wide in the iFrame and hosted on another server that you control. That costs money and takes some knowledge. It also means that you need to have more knowledge of web design in order to pull this all together. It’s good to give more control to developers but bad when you have someone with a little bit of knowledge that now probably can’t bridge the technology gap. You also have to create an application in FB then add that application to your fan page, which adds another step and another gap that may not be bridged by those not so technically savvy.

What are we doing for our new clients?

We have already implemented a new process to host clients files and to handle the process of creating the application and adding it. On our end, this is great because we can easily edit the files and don’t have to worry about being an admin of every single page. It does, however, mean that you need to be much more trusting of the person or company developing your fan page as they will have your files on their server. I suggest doing your homework on the company and receiving a copy of all files when the page is complete.