Home » Blog » seo » Content Creation: How to Reach Your Audience — by Age

Content Creation: How to Reach Your Audience — by Age 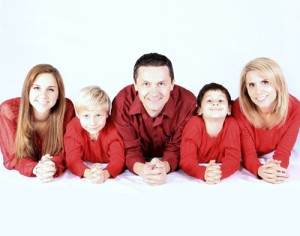 When you’re putting out great content, it might seem like the quality alone is enough to nail the best results — but because of the way that Google parses social media, there’s actually a significant advantage to nailing every aspect of your content release. See, when you get a decent amount of social media shares and mentions within the first few days, you get a significant boost to the SERPs for the first few weeks.  (If you follow it up by earning backlinks, that boost can become permanent.)

So how do the different age cohorts — Boomers, Gen-X, and Millennials — use the Internet differently? Turns out there’s a few pretty interesting ‘tricks’ you can play to put out your content right when your primary audience is online.

Time of Day
All three generational cohorts access the Internet the second most right after breakfast — between 9am and 11am.  For Gen-X and the Millennials (and that weird half-generation circa 1977-1981 that has no proper name but is clearly neither of the other two), by far the most Internet use comes late at night — between 8pm and midnight. Simply put, retired folks — that’s the Boomers if you’re not savvy — instead spend their online time right after dinner (6pm-8pm).

Device Used
For all three cohorts, the order of device preference is the same: laptop à desktop à smartphone à tablet — with one single exception: baby boomers alone use tablets more than smartphones to access the Internet. But within each group, there are some interesting notes. Boomers, for example, dramatically prefer laptops and desktops to mobile devices (84% to 16%). Millennials, on the other hand, use smartphones almost as much as they use desktops, and just slightly less than the use laptops.

Most Consumed Content
Similarly, all three age cohorts prefer the same kinds of content — blog posts, images, comments, and then eBooks, in that order. (The fifth-most-favorite is different for each, but who wants to shoot for fifth?)  Interestingly, the kinds of content that each group hates is the same as well: webinars, SlideShares, and white papers. Easy lesson: don’t waste your time on content no one wants.

Length of Content
This might have a lot of impact on the paragraph above — every single age cohort agrees that 300 words is the best length for a piece of content. Gen-Xers (only!) prefer long-form content (over 500 words) as well, and Boomers (only!) prefer super-short-form content (less than 200 words) as well, but everyone agrees on the 300-word mark.

Genre of Content
All three generational cohorts agree that entertainment-based content is the best — no one can resist the Hollywood sleaze machine, as it were. But again, the second-most-favorite content is very different: for Millennials, it’s all about tech — gadgets and gizmos are the stuff they love. For Boomers, world news is the content of choice. And for Gen-X, they want to read all about healthy living. (Third place? Politics for Boomers, world news for Gen-X, and a tie between sports and comedy for the Millennials.)

How They Share
This one’s easy: Facebook by far. Then YouTube by a much smaller margin. Then Boomers move to Google+ while everyone else moves to Twitter. Other than the Millennials’ mild preference for Tumblr over the options that are below Twitter, there’s really nothing surprising to be had here.

To Target Baby Boomers, release your content at 5:45 pm, on a platform made for laptop/desktop access, as a 300-word or super-short-form blog post with images and comments, and gear it toward entertainment, news, or politics.

To Target Gen-X, release your content at 7:45 pm, on a platform made for laptop/desktop access, as a 300-word or long-form blog post with images and comments, and gear it toward entertainment, healthy living, or news.

To Target Millennials, release your content at 7:45 pm, on a platform shared between smartphones and desktop/laptops, as a 300-word blog post with images and comments, and gear it toward entertainment, tech, sports, or comedy.

Of course, this is all just one small part of the art of creating amazing content — but the principle of matching details like release time, content length, and so on to the preference of your audience will go a long way in making sure your content is consistently well-received.