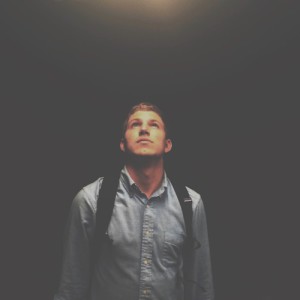 We’re about halfway through 2015 now, so it seems like it’s time to check in with the current trends in web design and see how things are and where they seem to be headed next. Let’s jump right in:

Material design uses the same basic principles of bright color, simple images, and clearly-separated elements that flat design used, but addresses the drawbacks of flat design using texture, shading, and animation. No longer are you unsure which flat buttons are active, because with material design, any on-site element that is doing something will show you that it’s doing something by being in motion, textured, or otherwise obvious — without breaking the fundamental principles of flat design.

Infographics go Interactive
It seems like a pretty obvious thing to do, really — we’ve been watching those silly ‘watch a fake hand draw stuff on a fake whiteboard with a fake dry erase marker’ videos on YouTube forever, and it’s the same basic idea. We all love infographics, and we all love interactivity, so why aren’t we making interactive infographics?

At the moment, these seem to be generally fairly simple — pop-ups as you hover over certain datapoints, or what amounts to a slideshow with infographic properties on each slide. Thanks to the work of curators like Good.is and innovators like Engaged Public and Causelabs, hwoever, we’re rapidly seeing the development of infographics that are almost as much game as they are informative conveyance. When users can do more than just ‘get informed’ but actually educate themselves using an infographic, we’re really pushing the boundaries of what an infographic even is. And that’s awesome.

Interactions go Immersive
Microinteractions have been slowly invading the web design realm for the better part of a year now, and they’re so micro that few people have noticed. Small noises, bouncing icons, the download animation used above — they’re everywhere! But they’re also just the beginning — because in addition to interactions and microinteractions, we’re starting to see the advent of macrointeractions: essentially the ‘hero image’ of six months ago, given interactions all its own and designed to turn the entire site into a massively-interactive interface. Sonoran’s Valley is a great example.

All of these trends are, in truth, individual cases of a larger overall trend: the trend toward universal interactivity, which is itself, in my opinion, part of a still-larger trend toward gamification. Slowly but surely, we’re working toward a conceptualization of the Web and of the information on it as a place to explore as much as it’s a place to research.