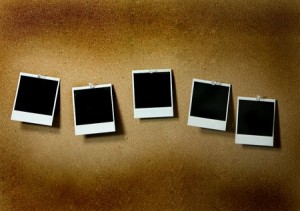 Pinterest — if you work with websites, or really the Internet in general, you’ve probably heard of it. It’s not quite Facebook or Twitter, but it’s getting more than it’s share of attention as the dominant social bookmarking site, knocking the old guard (Digg, Reddit, and their ilk) off their pedestals with ease. So how does a web designer set up a website in order to take advantage of this killer service?

Let’s start with the basics: how does Pinterest work? Pretty simple: anyone can, at any time, create something called a Pin. That Pin is a bookmark — a stable link to a specific website — that is represented by a few words of text and a picture. Pinterest is laid out with heavy emphasis on the graphics, and Pins with amazing, intriguing, or funny pictures generally get the most attention.

Designing a Site for Pinning
As a web designer, the chief thing you can do to get your site pinned is choose some truly striking, meaningful, or otherwise attention-grabbing visual elements. With Pinterest’s emphasis on the visual, those people linking to your client’s latest blog post are going to need a sweet pic to put up next to their link — make it easy on them by giving them a few excellent options. (This does NOT mean you should overcrowd your client’s page with graphics — one or two great ones is plenty.)

The second (but first most obvious) thing to do is to put a “Pin” button in an obvious (but not annoying) place on the website. Somewhere that it will be visible clearly above the fold without taking up real estate better set aside for more important elements. The “Pin” button not only makes it easy for people to pin your site, but it acts as a subtle call-to-action as well.

Keep in mind that different elements of a website can be individually Pinned as well. You probably wouldn’t want to have a “Pin” button for your on-site video and the great picture you chose and the page itself — so don’t overkill it. Simply give the users the opportunity to pin the page — if they like the video enough, they’ll Pin it even without the button.

One final note: be sure to add captions and other descriptive elements to any Pinnable content. Write it keeping in mind that many would-be Pinners would rather copy-paste your description rather than write one of your own — if your clever, you can use that description to further enhance your traffic from Pinterest.

Expanding This Concept: Other Social Sites
It should be evident to anyone that the similarities between Pinterest and its competitors (from Digg to Facebook) make this advice pretty widely applicable. Other sites might not have the emphasis on the visual that Pinterest does, but other sites do have an analog: text. Designing a page to put the spotlight on a piece of killer content can have a similar effects on Tweets and Likes that amazing graphics do on Pins — and the rest of the advice above translates pretty much directly. Add buttons, give the surfers descriptions they will be happy to copy-paste, and subtly exhort them to actually do so. The rest is in the writer’s hands.