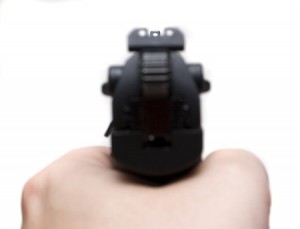 When you’re starting from nearly nothing — whether that means you’re a web designer just starting a fresh project or you’re a major city rebuilding after a major disaster — you have a few options as to how to proceed. Most people (and corporations and city governments) follow a fairly traditional logic: ready, aim, fire. In other word, they prepare their resources, decide what path they’ll take to their goal, and then traverse that path.

Detroit Fires, Aims
When Detroit’s economy collapsed a few years ago (along with the rest of the civilized world’s), officials in Detroit realized that, like an entrepreneur starting a fresh business, it was imperative that they do something right away, even if they didn’t have their plan laid out for them in detail — because they could develop the latter stages of their plan while they executed the early ones. Thus, they began bulldozing empty neighborhoods before they had a clear idea of what was going to happen to them.

Like the rebuilding of Detroit, web design for new or very small businesses can benefit a lot from a ‘ready, fire, aim’ strategy. Because of the way SEO works, getting something up on the Web right away has some significant benefits, even if you realize a few weeks or months later that the actual content has to change significantly in order to meet your actual goals. ‘Ready, aim, fire’ works well for bullets, but businesses can and do change course in mid-flight — an analogy to a smart bomb might be a more precise one.

Not Fire, Ready, Aim
Don’t misunderstand me — it’s never to anyone’s benefit to put up a crappy web page. You don’t want to alienate a potential customer who happens to land on your page before it has been ‘aimed’, so there’s definitely a minimum level of quality and relevance that needs to be present before you put up a site. But you can and should be ready to work with your client as they move forward with their business, changing the site to meet their finalized goals as those goals become realized.

At the minimum, you need to know what business your client is in, how they intend to transact with their customers (i.e. payment methods, fulfillment, and handling refunds), how they intend to drive traffic to their site, and what their unique selling proposition is. That’s ‘ready’. Those details may change as part of ‘aiming’; that’s normal. Your job as a web designer is to be flexible enough to handle those kinds of changes and talented enough to get their website off the ground with the minimum amount of ‘ready’.