Is Influencer Marketing Right for Your Company? 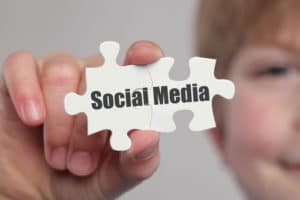 Throughout history, there have always been people that held prestige and influence, along with the ability to sway public opinion. Because of their status as trusted public figures, these people were watched, idolized, and copied by the masses. They influenced how people dressed, spoke, thought, and spent consumer dollars.

Not a lot has changed, aside from the methods by which these celebrities spread their influence. One of the biggest names when it comes to social influence is Kim Kardashian, who reportedly gets paid hundreds of thousands of dollars for promoting products from gummy vitamins to waist cinchers. When she endorses these items on social media, her followers reply with purchases.

You may not be keen to spend the money needed to nab this kind of social following, but that doesn’t mean you are out of the running where influencer marketing is concerned. You will have to determine if this form of marketing and promotion is right for your company, but before you do, there are a few things you should consider.

Level of Influencer
Not every social influencer has the power of a Kardashian, with millions of followers viewing every tweet. Your company and your brand might be better served by searching for micro-influencers. These social media mavens may only claim tens of thousands of followers rather than the millions that some celebrities draw, but micro influencers tend to have a more targeted following with similar interests, and they share a deeper level of trust with their followers.

This is a good option for many companies for a couple of reasons. First, micro influencers are going to charge a lot less than celebs with a huge following. In addition, you have a better chance to reach a targeted audience that is already interested in your products or services, as opposed to a giant, mainstream audience in which only a handful might be interested.

Relevant Following
In order to gain the greatest benefits from influencer marketing, you need to find the influencers that are best suited to promoting your brand, which includes having a relevant following. Of course, you want to seek out social influencers that you think are good brand representatives, in that their sensibilities match your own to a degree.

As with any type of marketing, however, you want to make sure you increase your visibility with a relevant audience, one that is predisposed to seek your products or services. For example, it wouldn’t do much good for a company selling feminine hygiene products to promote with a social influencer that has a largely male audience. This is an extreme example, but finding influencers with relevant audience members is important.

Paid versus Free Promotion
You have to be careful to build relationships with social influencers so that even if you pay for endorsement, it doesn’t sound like a sales pitch that could turn off consumers. You’re banking on the power of trusted referral, and whether you’re able to get in the good graces of influencers so that they promote you out of genuine brand affinity, or you end up paying for promotion, you want to make sure influencers actually use and enjoy your products/services so they promote them in an authentic way.