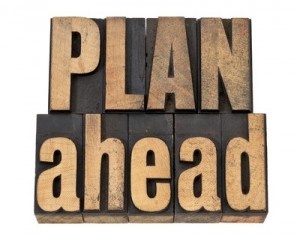 In terms of life online, 2012 has been an interesting year. We’ve seen a huge amount of change in a small amount of time, and us web based workers have had to make some fairly major changes in terms of how we go about our business. Google pushed through two updates during the year, both of which meant that the rule book was updated, if not thrown away. Naturally, we’re used to rolling with the punches, and Google constantly throw things at the wall to see if they stick, so in many ways, 2012 wasn’t too different from years gone by.

What we can say though, is that there are a fair few sites out there that initially suffered from the Panda and Penguin updates. Changers were made, and continued to be made, even after the announcements were aired. The first update, Panda, hit some sites hard. If your content was garbage, then there’s every chance that you got hit hard. Google got tough not only on quality of content, but also layout and the proliferation of sites that are hard to navigate due to great swathes of adverts getting in the way. Penguin clamped down on the thousands upon thousands of sites who went for the get rich quick option of building up cheap and cheerful back links to their site via poor web directories and link networks.

No surprise then that plenty of sites took a hit during 2012, but fortunately, people using good quality SEO companies probably avoided most penalties. Those that changed to a decent company will probably have started to bounce back by now. SO, it’s not all bad news, but what it does mean is that for many site owners, 2012 has been a year of ups and downs. In a difficult economy that’s probably OK, but it naturally means that people should be gearing up for a big 2013. No one knows what the year ahead holds in terms of the tweaks we will see in the algorithms of the Behemoth Google. The only way to guard against potential pitfalls in the coming year is to get ahead of the game with a strong push on white hat SEO optimization in the New Year.

The question for many people will be how to approach the New Year in terms of their SEO. The answer is actually pretty straight forward, and is remarkably similar to what would have been the right answer last year, and the year before that. Yes, the answer is to concentrate on white hat SEO techniques, and producing high quality content which is fresh and original. OK, so in years gone by, other tactics would have brought you some pretty darn great results in the SERPS, but even in those years when Google seemed to actively encourage some black hat practices, it still rewarded really great content that was valued.

Things are going to be tougher in the future. You’re going to have to have good quality content that actually offers something to your readers. You need to be relevant, you need to constantly change things up, and you need to focus on doing the right thing. Ask yourself simple questions. What is my site about? Does my content reflect that? And am I offering something to my visitors that they actually want? Even if you are just thinking these things, you are probably on the right track. When we can’t second-guess what Google are going to do next, the only way to prepare is to do the right things. Now is the time to act if you want to be set fair for 2013!