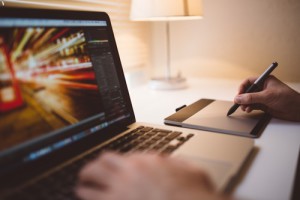 I’ve lived in Sioux Falls for several months now, and I’m starting to get a legitimate feel for the city. It’s a far cry from Detroit, by previous home, but I can honestly say by now that I love Sioux Falls. Maybe that’s because it’s a far cry from Detroit, but that’s another story. One of the things I love about Sioux Falls is that the city magically rides the line between being a big city and being a small town. That ability to balance a dichotomy made me think — like most things to — about web design.

The Small Big Town: Usability and Accessibility
One of the ideals we web designers espouse constantly is simplicity, but in reality that’s most often a way of hiding the more loaded word usability. Living here, I’ve come to a new understanding of usability — one laden not with technical connotations about popup windows and navigation breadcrumbs, but with ideas on speed-of-access and intuitive groking.

Compared to Detroit, getting around Sioux Falls is incredibly easy: there’s less traffic, fewer route-jarring one-way streets and less unprotected left turns that are essentially mid-street dead ends. Your website should try to hold to this level of accessibility — make it feel like a small town, not a big city. The technical details of how you can accomplish that goal are important, but not as important as actually achieving the ‘small-town’ feel when a user tries to use your site.

The Big Small City: Functionality
At the same time that Sioux Falls is easy to get around, I can honestly say that there’s not a lot of amenities that I enjoyed in Detroit that I don’t also have here in Sioux Falls. I buy essentially the same things from the same kinds of stores, I go to the same kinds of events, and I’m starting to find pretty similar friends. That’s something I never expected! And of course, there’s a direct correlation to be drawn to web design: Sioux Falls manages to keep things accessible, but it doesn’t sacrifice any meaningful amount of functionality to do so.

But the key there is the word ‘meaningful.’ There’s a constant battle between web designers and the business owners or corporations who hire them, and one of the most frequent front lines is over how much functionality a website needs to be everything it needs to be. Most of our clients have an ‘all things to all people’ mentality that says the website should have ALL the functionalities — but the more functionality you add, the more difficult it becomes to use the website.

Sioux Falls is my ideal of a perfect website: there are definitely things that Detroit has that Sioux Falls doesn’t — Trader Joes springs to mind, as does an indoor pool — but they’re not important things. Don’t get me wrong: having 100% of the functionality you need is crucial — but if your website doesn’t have a registration system and accounts, is it really going to prevent you from offering every relevant service to your customers?

Living in Sioux Falls is a huge switch for me, but it’s served to teach me some entirely unexpected and wonderful lessons in web design. Here’s to exploring more of my new town and finding new inspiration in unexpected corners!